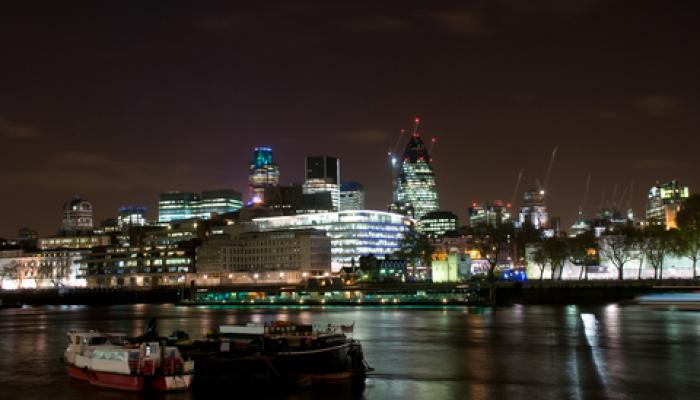 London's skyline has always been the host of a unique and varied architecture, from the contemporary shape of The Shard piercing the clouds above to the historic grandeur of St Paul's Cathedral painted upon the iconic canvas of the city's horizon. However, a new exhibition has unveiled plans for the architectural future of the city which will eclipse light and cast shadow over the Thames - and not everyone is happy about it.

Plans for the radicalisation of London's skyline have gathered interest due to the opening of a new exhibition by New London Architecture, titles 'London's Growing Up!' which depicts the explosion of buildings set to reshape the capital in a way never before illustrated. High rise buildings along the river up to sixty storeys are in the pipeline for the capital, with the plans being dubbed 'Dubai-on-Thames.' Eighty per cent of the proposed 236 buildings are residential, thus slotting a vast number of high rise homes into the jigsaw of the financial district and along the banks of the river in areas around Westminster Bridge and Bankside, amongst others. This towering wall of buildings will block out the southern sun, casting a chilly shade across the water - and if traditional British summers are anything to go by, we need to hold on to every patch of sunlight we can find.

The proposal has been met with some controversy with issues regarding space, sunlight and height at the forefront of the professional concern. The consensus appears to be that the rapidity of such a change will detract from the distinctive nature of London's buildings as a surge of new designs infiltrate the surrounding area with little regard for their external aesthetic. Residential buildings in the city are renowned for being prettier on the inside as opposed to the outward quality of design seen in office buildings.

Close to half the proposed structures have been granted planning permission, indicating that the reshaping of the London skyline is already underway. To see it for yourself, visit the 'London's Growing Up!' exhibition which is on show from 3rd April to 12th June 2014.