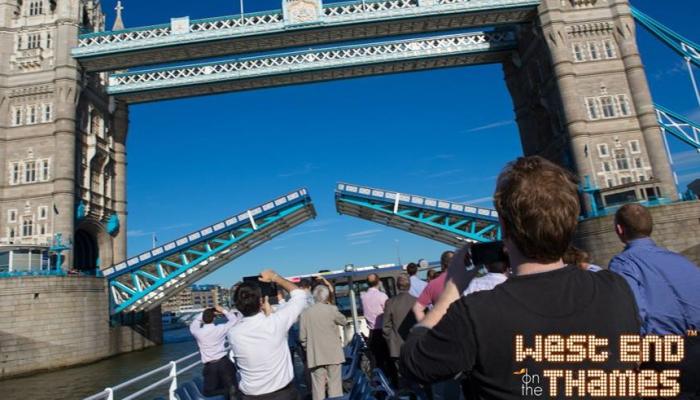 Commemorating 120 years since Tower Bridge was first opened to the public, the Museum of London's 'Bridge' exhibition is a must-see for any enthusiast of the city's famous history. This latest exhibition, following on from the success of the museum's Estuary display, is an exploration of the artistic influence which London's bridges have had throughout the years, placing particular emphasis on a shot taken in 1845 by William Fox Talbot of the Hungerford Bridge which has outlasted its very subject.

The show takes a journey through the countless artists inspired by the bridges of London and the varying interpretations of their subject. Throughout the exhibition is the theme of change, reflecting the movement of the Thames with the shifting nature of the river's architecture.

At West End on the Thames, our love of the river means that we believe this exhibition is an important one in London's architectural history. A city identified across the world by its bridges, London's ongoing movement of change is reflected beautifully in this exhibition and is a perfect summer holiday day out.

If, however, the Museum of London's Bridge exhibition has peaked your interest and you want to see the bridges of London from the viewpoint of the very artists who once painted them, a trip on one of West End on the Thames' private chartered boats is a popular choice. Perfect for corporate and special occasions, see the bridges of London the way they were meant to be seen - from the viewpoint of the greatest river in the world.