The River Thames: A History 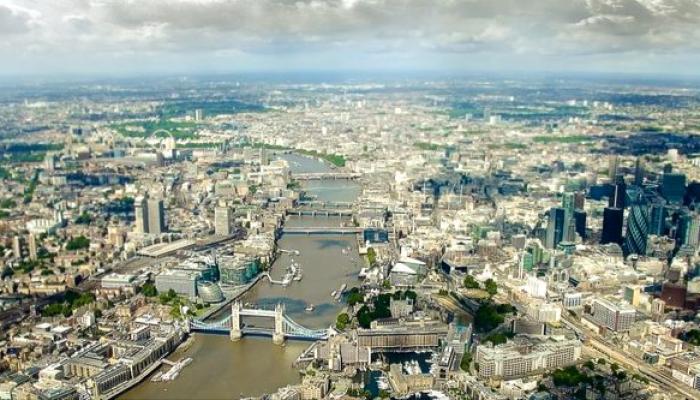 The River Thames is London’s most famous waterway. Stretching 215 miles, this illustrious river has not only been a source of trade and transport but also one of beauty and inspiration. It is even thought to have inspired one of Britain’s most beloved Children’s stories, The Wind in the Willows!

The Thames and the Romans

Before the Romans arrived in London (or as it was at the time, ‘Londinium’) in 50 AD the settlement scarcely existed. The Thames Valley was a creation of the Ice Age and would have looked very different to the grand river surrounded by the metropolis we know it to be today. In fact, in 3500 BC, the Thames would have probably been wider and shallower and full with marshlands and mud flats.

It was the Romans that constructed the first ever timber bridge over the Thames. It is believed by many that Ceaser and his Roman army fought the Britons to cease London due to the practicality of the River Thames. The first river crossing has been rebuilt many times, and is in fact where London Bridge now stands.

In AD 43 the Britons, led by Cladius invaded to reclaim the city they had lost. By this time London was a fully-fledged settlement and something that the Roman’s did not intend to give up; and they did not.

After the decline of Roman Britain, the settlement became a popular place for shipbuilding and one of the foremost trade routes for the Saxons, Normans and Tudors.

The river provided a means of transport, with around 3500 boats using it to carry goods and people annually. However, this meant that the water was becoming very polluted.

It wasn’t just the boats though, the Thames was used as a huge rubbish bin. In fact, during 1858 the smell was so overwhelming and unbearable that Parliament had to be suspended whilst the government tried to think of way in which to rid the river of its sewage!

During the mid 19th century around 17,000 out of the 70,000 houses had their own wells. For the rest of the houses, water was supplied via standpipes and available three days a week for just one hour!

There was an outbreak of cholera caused by the dirty water in the 1840s and 50s. The sewer system was built shortly afterwards and the death rates dropped considerably, with the first filtration plant for the Thames having been constructed in 1869.

The Victorians and World War II

The embankments for Victoria, Albert and Chelsea were built to speed the river up and help to encourage the pollution to filter out. The sanitation of the river improved due to the Victorians, but by the 20th century it had once again declined.

Due to this deterioration the following was established:

In 1909 the Port of London Authority was formed, which made way for the quays, wharfs and warehouses on and around the river.

In 1964 works to enlarge the sewers started and finished ten years later. These three rules that were established have since laid the foundations for the Thames’ thriving aquatic and bird life.

During World War II the Thames was one of the major targets for attack. Sustaining severe damage to the river and surrounding area, the area was devastated and the reconstruction of the Thames following the war took significant time and investment in the 1950s.

The 500 million pound project to create the Thames Barrier began in 1974 and finished in 1983. This project resulted in there being ten gates constructed across the width of the river.

The Port of London Authority remains in charge for maintaining the river channels and providing services for shipping.

The River Thames has been through a lot, and been a predominant river throughout a great deal of London’s history. The river now has over seventy operational wharves; and since the regeneration of The Blackfriars Bridge, the high-speed rail link from St Pancras to Paris; the Thames continues to be not only London’s, but one of the world’s most and iconic rivers.